Arctic Sea: who's the wiser 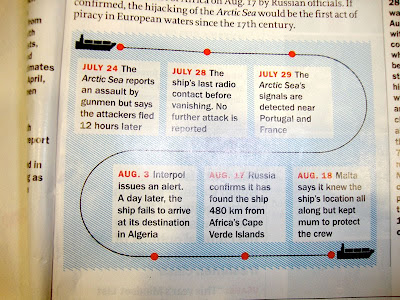 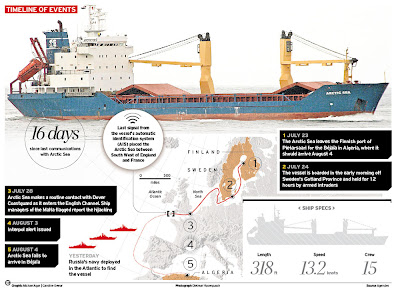 Its design-led textures of 45 degree lines

But we have to rely on the words for information. The visual shows us nothing, whereas the words tell us the news

So not really an infographic

At the Telegraph, we opted for the traditional infographic deployment

Photo, map with a 'estimated' route and statistical background

I think it is also and interesting read

But who gets any more or less from either example?

Do we understand more, from these examples, if we 'show' less

Is it best to rely on the 'telling' rather than the 'showing' of the news?

Let us discuss
Posted by Michael Agar at 22:08

C'mon - tell me how you feel