There is something both arresting and appealing about this visualisation

Calming, and slow enough to understand the information

With thanks to Jeff Cambron who writes:

A new project with GE, the science of dynamic breaking (a key to GE's in-development hybrid diesel-electric trains) gets broken down via super slow motion video capture

Basically it is a simple illustration of the physics behind braking. The General Electric Company, have discovered that we can capture and store energy from a braking locomotive = dynamic braking

I don't know much about the product, nor the science, but the video is jolly impressive

Interesting
Posted by Michael Agar at 23:59 No comments:

The Best of Multimedia Design winners were awarded at the 2009 Society for News Design annual workshop and exhibition in Buenos Aires on Sept. 24. The competition recognizes skill, innovation and high-quality visual journalism in Web and other new-media design with quarterly and annual awards

Deservedly so, as their work is completely top-notch, 18 out of 32 of gongs were given to the nyt.com


Here are the deserved awards:

Anticipating Obama’s Inauguration on a City Block in Washington • nytimes.com

Cape Fear To Down Here • Carolinaphotojournalism.org

I Hope So Too • nytimes.com

The Last Minutes of Flight 3407 • nytimes.com

How Lezak Won Gold in the 4×100-Meter Relay • nytimes.com

A Map of Olympic Medals • nytimes.com

Sacred Ground: The Building of the Pentagon Memorial • washingtonpost.com

One in 8 Million • nytimes.com

You Finish, You Win • nytimes.com

Brilliant and congrats to all winners
Posted by Michael Agar at 19:29 No comments: 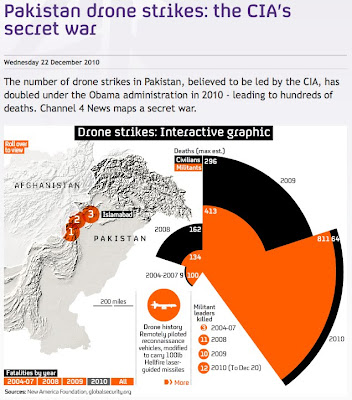 In the last 12 months there have been at least 113 attacks by secret US drones in Pakistan's mountainous Waziristan region.

It is double the number of strikes in 2009, which itself saw a dramatic spike, bringing the total number of attacks under President Obama to an estimated figure of 166. That marks an increase of nearly 300 per cent compared with the last four years of the Bush presidency

Quite a tasty dish me thinks

Its got the lot in such a small space

Speaking of iPad's and flash, is there any updates on when we can view flash-based interactives on the apple tablet..?

If not, then Flash to some extent is surely redundo

I hope this Apple/Adobe situation is remedied
Posted by Michael Agar at 20:51 No comments: 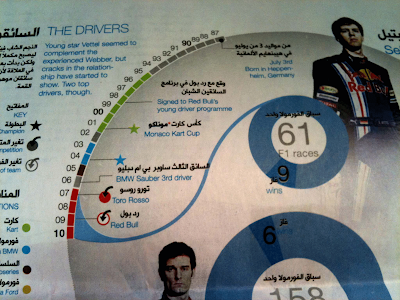 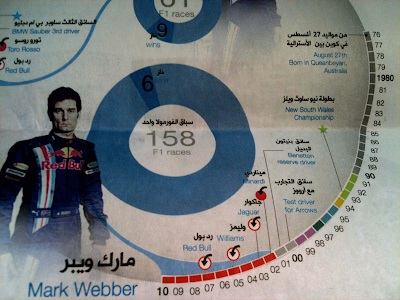 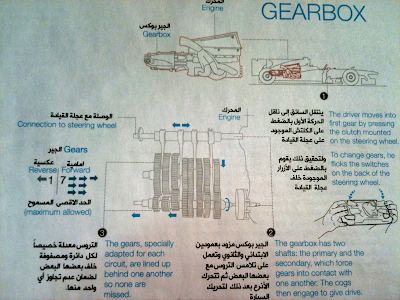 Again, the most fantastic and innovative work coming from Luis Chumpitaz and his team

Amazing detail, over many spreads in an entire print-run devoted to the coverage of Formula One, in graphic form

Merry Christmas
Posted by Michael Agar at 19:04 No comments:

NYT maps every city and every block 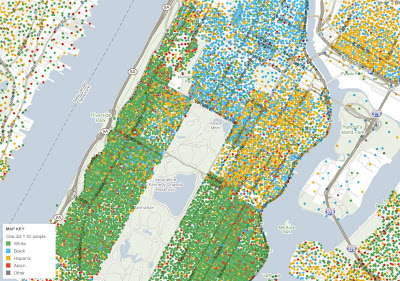 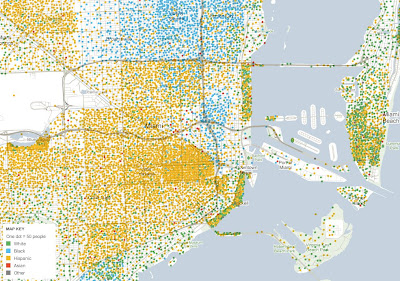 NYT maps every city and every block in the United States

A wonderful interactive, as always, from the New York Times

Based on samples taken from the Census Bureau's American Community Survey during 2005 and 2009, this interactive enables us to understand the distribution breakdown of racial and ethnic groups across the country

Looking at the data viz in the map of Manhattan, check out the ethnic divide along East 97th Street

Also impressive, although not surprising is the yellow glow of Miami

Interesting facts from the editorial:

Nine jurisdictions had populations in which more than one-third of their residents were foreign-born. These included three counties in California (Los Angeles, Santa Clara and San Francisco), two county equivalents in Alaska (Aleutians East Borough and Aleutians West Census Area) and two counties in New York (Kings and Queens)

There were 292 counties with populations that were less than 1 percent foreign-born, including 34 counties in Kentucky, 27 in West Virginia, 26 in Missouri and 21 in Mississippi

Interactive caviar indeed!
Posted by Michael Agar at 18:48 No comments:

Smith, the author of the column in the Telegraph Sport section, writes;

"Pardew must ensure proper Carroll service. Rather than try to beat his full-back, Barton [Joey] has made a habit this season of swinging in crosses from anything up to 30 yards out. And if the delivery is right this afternoon, Carroll will fancy his chances of beating Skrtel or Kyrgiakos in the air (top graphic). After that, as always, it's a question of who reaches the knock-down first"

The preview graphic shows the cross from Barton to Carroll, who heads the ball down for Nolan to go on and stick the ball in the net

I've also (hopefully) attached a video of the goal

If it does not play, please watch it here

A stroke of luck, premonition or whatever
Posted by Michael Agar at 15:00 No comments: 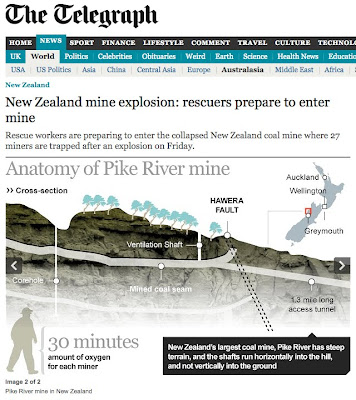 We've cobbled together this infographic on the recently redesigned Telegraph website, which shows where the mine is, and where the access tunnel meets the "coal seam"

But adds to the reporting
Posted by Michael Agar at 20:09 No comments: